Andrew Morse Named President and Publisher of The Atlanta Journal-Constitution

Today, Cox Enterprises announced Andrew Morse as the new president and publisher of The Atlanta Journal-Constitution, effective on January 9. Morse — a veteran media executive with more than 25 years of journalism experience — most recently held the role of EVP and chief digital officer for CNN Worldwide. He will bring a wide range of experience to the role and will work to accelerate the AJC’s digital transformation while strengthening its reputation as a trusted source for news and information in Atlanta and across the region. 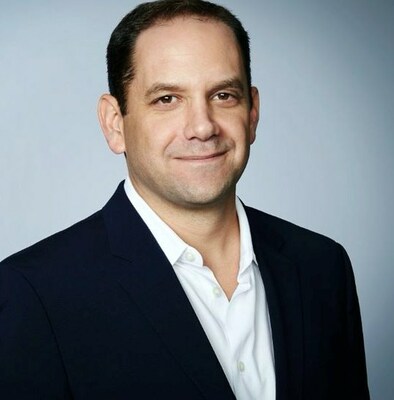 “Today’s news publications and the journalists behind them carry an important responsibility,” said Alex Taylor, chairman and CEO, Cox Enterprises. “People deserve fair and honest reporting, and Andrew has a long history of leading teams and delivering information people can trust. His role as president and publisher of the AJC will be important to our company, but even more so to those in our community.”

Morse joins the AJC after an expansive career at CNN Worldwide where he oversaw the world’s largest digital news service, including CNN.com, CNN Audio and CNN Underscored, as well as the network’s direct-to-consumer streaming platform. Morse also co-founded Great Big Story, a short form video company that built a subscriber base of 13 million users. Previously, Morse served as EVP of Editorial for CNN US, overseeing the network’s domestic newsgathering and Washington programming.

Prior to joining CNN, Morse was head of Bloomberg Television in the U.S. and spent 15 years at ABC News in a variety of executive, editorial and production roles, including many years as an international news producer, a broadcast executive producer and as the executive in charge of ABC News Digital.

“I am honored to join the Cox team and humbled to have the opportunity to lead the AJC into the future,” Morse said. “Atlanta is one of the most dynamic and diverse cities in America, and our mission is to ensure the AJC is the most essential and engaging source of news and information for the people of Atlanta and across the region.”

Morse and team will focus on expanding the AJC’s reach and relevance, while continuing to drive its evolution from a storied newspaper into a modern media company at the heart of daily life in Atlanta. Today, most of the AJC’s audience is engaging digitally, with at least 99% getting some of their news through the AJC’s various digital products and platforms.

The move to digital is important for AJC readers and for the future of the business, but also beneficially impacts the planet. Cox Enterprises is dedicated to driving positive environmental change and has goals of sending zero waste to landfill by 2024 and being carbon and water neutral by 2034. Cox has supported these and other initiatives by investing more than $1 billion in sustainability businesses and technology since 2007.

Morse will also strengthen the AJC’s long legacy of producing award-winning journalism, delivering distinctive enterprise reporting to the community and holding business and political leaders accountable. As one of the largest and most trusted newspapers in the South, the AJC is committed to evolving to meet the needs of subscribers across the region in a variety of formats.

“Andrew follows a long line of leaders who have guided the AJC through some of the most critical times in our state and country’s history,” said Sandy Schwartz, CEO, Cox Family Office. “We have every confidence Andrew will continue positioning the AJC as an essential part of the community and region for many years to come.”

Cox Enterprises is dedicated to empowering people to build a better future for the next generation. Cox is a leader in the broadband, automotive and media industries, while strategically investing in emerging technologies driving the future of cleantech, health care, and public sector services. Its major operating subsidiaries are Cox Communications and Cox Automotive, which includes brands like Autotrader and Kelley Blue Book. Headquartered in Atlanta, Georgia, Cox is a global company with a proud 125-year history. To learn more about Cox and its commitment to its people, planet and communities, visit coxenterprises.com.

About The Atlanta Journal-Constitution

The Atlanta Journal-Constitution is dedicated to uncovering the truth, protecting the public’s right to know and pressing on to help build a better metro Atlanta and Georgia. We are the leading source of news, information and advertising for metropolitan Atlanta. We reach more than 7 million unique online visitors each month and more than 125,000 subscribers support our mission to produce real, local journalism. The Atlanta Journal-Constitution is a subsidiary of Atlanta-based Cox Enterprises Inc.