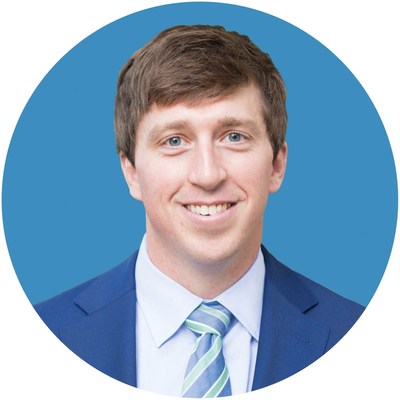 AssureSign, a recognized market leader in the electronic signature industry, today announced Matthew Smith as its new Vice President of Finance. The position marks the company’s third addition to its Leadership Team in 2019. As VP of Finance, Smith will develop and oversee the company’s 2020 initiative to redesign its consumer and partner invoice model.

“When systemic innovation pervades a company’s growth model, it’s difficult to imagine a future in which that company isn’t successful,” said Smith. “AssureSign emphasizes its core values, including innovation, in every facet of its operations and projected growth, making it an extremely exciting company to be a part of.”

Smith joins AssureSign during a time of expansion and industry recognition. In 2018, the eSignature company increased its year-over-year top-line revenue by more than 50 percent and nearly doubled its customer base while expanding its marketing, B2B sales, client support, operations, and development divisions. In addition to market share growth, the company has received notable industry recognition, including the Top 40 Most Innovative Company award; Microsoft Gold Partner status; Market Leader designation by FeaturedCustomers; and being named a Best and Brightest Company to Work For in its headquartered city, Atlanta.

The company plans to build on this momentum by rolling out a new streamlined invoice and billing process that aligns with current needs of consumers.

“I’ve always attributed our product recognition among analysts, such as ‘Market Leader’ and ‘Innovator’ designations, to its capacity to evolve alongside our consumers,” said David Madison, Chief Operating Officer. “Simplifying and streamlining our consumer invoicing is yet another example of our dedication to that evolution, and Matt’s accomplished tenure makes him exceptionally qualified to lead this initiative.”

Smith received a B.S. in finance from Auburn and an MBA from Belmont University in Nashville, Tennessee. He has since worked in corporate finance for more than nine years.

AssureSign plans to gradually rollout new elements of its streamlined invoicing model in 2020.

Stay up to date by visiting the AssureSign newsroom.

AssureSign simplifies the world’s most powerful action — the signature. Available as an on-premise, customizable solution for the enterprise and as an on-demand, SaaS solution for small business, AssureSign enables any business to create and execute a secure and seamless signature experience. By offering the electronic signature industry’s most flexible API, AssureSign has also built an extensive partner program with a proven revenue stream. Founded in 2000, AssureSign has executed over 400 million electronic signatures for many of the world’s most well-known brands.