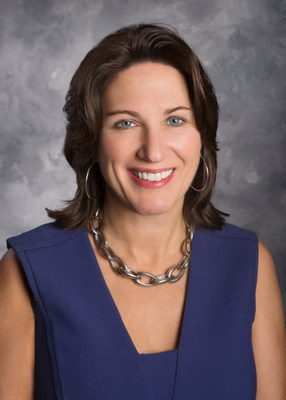 Hightower has worked in the legal function of Cox Communications for more than 23 years, most recently serving as senior vice president and general counsel for the telecommunications division. In her role as general counsel for Cox Enterprises, Hightower will lead Cox’s legal function, as well as serve as corporate secretary, supporting the company’s Board of Directors.  Hightower will serve as the lead legal advisor on policy and strategic initiatives related to Cox’s lines of business.

“Jennifer’s business acumen, wealth of experience and knowledge of the law and of our companies is unmatched,” Clement said. “She will play an instrumental role in helping us sharpen and execute our vision to continue to grow and diversify our business. I look forward to Jennifer joining us as a valued and trusted advisor to our executive team.”

As senior vice president and general counsel at Cox Communications, Hightower oversaw the company’s compliance, legal operations, litigation, regulatory and public affairs, and corporate government affairs. She joined Cox in 1997 as legal counsel and later was promoted to assistant general counsel, where she oversaw all transactional and operational legal support.

“I’m truly grateful to be selected for this key role and to continue serving this wonderful, dynamic company that cares deeply about its people, its communities and its impact on our world,” Hightower said. “It is an honor to be able to continue my career here and to be an integral part of supporting Cox’s businesses while fulfilling our purpose to build a better future for the next generation.”

Hightower holds a law degree from the Emory University School of Law, and a bachelor’s degree from Vanderbilt University. She is also a graduate of the Stanford Executive Management Program. She has been named a “Georgia Super Lawyer” three times, is a graduate of the 2012 Leadership Atlanta class and serves on the boards of the Atlanta Women’s Foundation and Covenant House of Georgia. She is married to an entrepreneur and is the mother of three boys.

About Cox Enterprises
Cox Enterprises is dedicated to building a better future through our leading communications, automotive and media companies. Our major operating subsidiaries include Cox Communications and Cox Automotive, and we are strategically investing in new industries and emerging technologies, with sizeable interests in clean technology and healthcare. Headquartered in Atlanta, Georgia, Cox is a global company with $21 billion in annual revenues and brands that include Autotrader, Kelley Blue Book and Cox Homelife. Founded in 1898 by Ohio Governor James M. Cox, the company is a family-owned business committed to its people, communities and planet. To learn more about Cox, visit coxenterprises.com, view our Sustainability Report at coxcsrreport.com, or follow us on Twitter via @CoxEnterprises or @AlexTaylor_Cox.