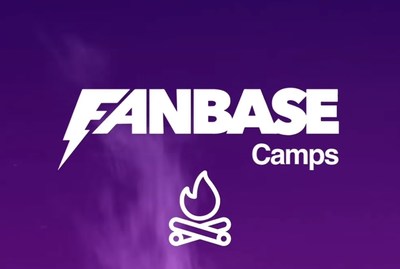 Starting today, Fanbase Social Media Inc is launching Fanbase Camps. Fanbase Camps is the extension of the Fanbase audio experience. Each camp is dedicated to an individual topic and can host multiple audio chat rooms pertaining to that topic – a one shop stop for your favorite conversations. You can either join a pre-existing camp or create your own, the choice is yours. 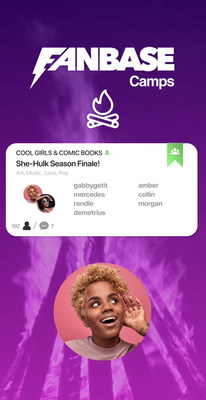 Camps are designed for users to build community around their favorite conversation and topics with like-minded people. Build audio camps around sports, music, fashion, relationships, whatever you like.

“Fanbase audio camps takes community building to the next level. We look forward to the enjoyment that users will have building and joining their own camps,” said Isaac Hayes III, Founder and C.E.O of Fanbase.

Enabling users the opportunity to have an ownership stake in Fanbase is a critical alignment with Fanbase core values. Our users drive the success of Fanbase thru their activities and engagement. Opening up the investment for users in our 3rd and final equity crowdfunding round (currently at $950k) supports a core tenant of the Fanbase mission.

Fanbase is leading the next frontier of social media, placing fun, visibility, and monetization capability at the forefront to the benefit of all users. Fanbase believes that users deserve the right to make money from their social content, they have the opportunity to create enormous consistent monthly revenue via their audience and increase authentic user engagement among their most interested followers. Fanbase users can post photos, videos, short form videos, create audio rooms, stories, broadcast live and post long form content to the platform to engage with audiences in a multitude of ways.

Fanbase launched in 2018 and is a fully monetizable social media network built to democratize social media in the 21st century, “Everyone is a fan of something and everyone has a Fanbase”, a statement that is reflective of the company mission to provide equality and equity to all users who are often suppressed by mainstream platforms. Founded by Isaac Hayes III, Fanbase is the first social network that allows a user to subscribe to another user via an in-app purchase across six media functionalities – photo/video, audio chat, live, stories, short-form and long-form video. FREE to download and use, Fanbase is also the first native app to allow any user to have followers for free and subscribers for $4.99 a month on the same profile.