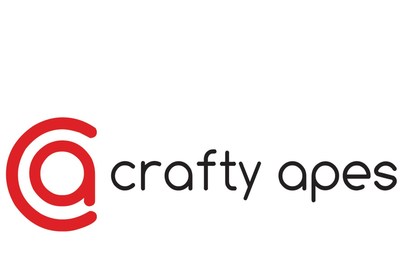 Crafty Apes, a full-service visual effects powerhouse with three production facilities nationwide, has hired Aldo Ruggiero and Jessica Chamberlin as VFX Supervisors at their Atlanta headquarters, adding to the over sixty-five 2D and 3D Supervisors, Artists and Producers currently in place.

Ruggiero has been in the industry for over 15 years, compositing, simulating and supervising as well as creating worlds, characters and environments. He brings a blend of technique and artistry that helps produce the highest quality visual effects for film and television.

Having supervised films and episodic series including Midnight, Texas and Cloak & Dagger, Ruggiero closely collaborates with filmmakers from concept through the final delivery bringing depth and weight to complex effects and sequences. With two Emmy and two VES award nominations he is a well-recognized talent in the world of visual effects. “The artistry and the focus on quality of work is what attracted me to Crafty Apes… the creative environment and the culture has made excellence the norm here,” he says.

Chamberlin, who has a background as a Stop Motion Compositor and Visual Effects Artist, has supervised on-set data during principal photography for visual effects-heavy projects, including Wonder Woman 1984 and has also worked on projects including Jurassic World: Fallen Kingdom and Westworld.

Chamberlin says, “I knew of Crafty Apes because of their extensive footprint on a long list of productions and was drawn to Georgia because of its people and the myriad of opportunities to supervise on feature films. I am thrilled to make it my new home as we tackle this exciting lineup of projects in the pipeline.”

Chris LeDoux, a founder of Crafty Apes, commented on the two new hires: “Both Aldo and Jessica have such a wide range of experience working on VFX productions in film and television. We are excited to bring them in to the fold at our Atlanta studio and look forward to the creative and top-quality work they are going to deliver.”

Crafty Apes’ recent credits include critically-acclaimed films such as If Beale Street Could Talk, The Front Runner, A Star Is Born, Mid90s, The Act and Little, and top episodic series including Legacies, Star Trek: Discovery and The Orville, to name a few. The company is working on a variety of upcoming titles including Shaft, Stranger Things 3, and Dolemite Is My Name.

Crafty Apes is a full-service visual effects company started in Los Angeles, with studios in Atlanta and NYC. Beginning as a VFX compositing for film & TV, Crafty Apes has grown to include a talented roster of creative and production supervisors that offer set supervision, VFX consultation and CG services. Crafty Apes’ work can be seen on such projects as La La Land, If Beale Street Could Talk, Hidden Figures, Doctor Strange, Captain America: Civil War, Deadpool 2, Ant-Man and the Wasp, and many more.