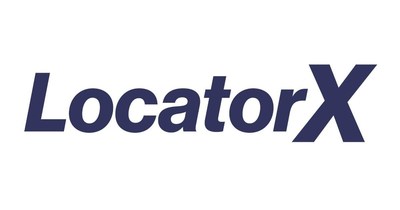 LocatorX Appoints Tom Watjen to its Board of Directors

LocatorX, a technology company developing accurate, inexpensive and flexible tracking technology, today announces the appointment of seasoned executive Thomas “Tom” Watjen to its Board of Directors.

Watjen brings nearly 40 years of executive-level insurance, asset management and financial services expertise to the LocatorX team — which includes a 12-year stint as the former President and CEO of leading workplace benefits provider Unum Group. Prior to retiring in 2015, Watjen played a pivotal role in helping Unum achieve strong sustainable financial results while expanding its market leadership position and building a culture of responsibility. Under Watjen’s leadership, the company received numerous accolades, including being named to the Forbes “100 Most Trustworthy Companies” list, “Best Places to Work” and one of the “Greenest Companies in America” by Newsweek.

“Tom Watjen has a keen eye for spurring growth and innovation, which makes him a natural fit for LocatorX’s Board of Directors,” said Scott Fletcher, CEO and President, LocatorX. “We are thrilled to welcome Tom and his expertise as we scale to new markets at an astounding pace.”

Watjen has contributed his vision to leading financial organizations such as Morgan Stanley and Co., Conning & Co. and Aetna Life and Casualty over the course of his career. He joined Provident Companies in 1994 as executive vice president and chief financial officer, and was later named as vice chairman and a director of Provident, Inc. Following a merger in 1999, Watjen became executive vice president, finance and risk management, for successor company, UnumProvident Corporation. In 2002, Watjen was elevated to vice chairman and COO of what would become Unum Group in 2007.

“LocatorX’s contributions to the marketplace go beyond innovation; they are streamlining supply chain tracking and logistics in a way that optimizes profitability and preserves consumer trust, which is invaluable to brands across several sectors,” said Watjen. “I’m excited to partner with them as they introduce their agile, low-cost solutions to markets that have yet to discover what nanotechnology can do for their bottom-line.”

LocatorX’s portfolio of next-generation tracking solutions work together to improve supply chain transparency and traceability down to the item level. Products include unique 2D bar codes, an NFC/Bluetooth-encrypted chip and an upcoming Global Resource Locator to be powered by a Solid-State Miniature Atomic Clock.

As the newest addition to LocatorX’s Board of Directors, Watjen will provide strategic guidance in the realms of corporate growth, responsibility, risk management and governance.

“LocatorX is already breaking the mold when it comes to refining real-time tracking capabilities,” Watjen said. “I’m pleased to offer my guidance as the technology sets a global standard for the future of IoT.”

About LocatorX
LocatorX, headquartered in Atlanta, Ga., offers companies a highly secure platform and tracking devices for manufacturers, supply-chain managers, warehousing and retailers. The technology enables brands and consumers to access an item’s current location and audit trail from its origin using a smartphone. LocatorX is leading efforts in detecting and preventing counterfeiting, theft and product diversion while increasing consumer engagement with manufacturers.

The company is also developing the world’s first molecular-sized location tracking device. This device is based on the patented Solid-State Miniature Atomic Clock (SMAC) technology created by the nanomaterials lab at University of Oxford, to which LocatorX has exclusive rights. For more information, visit https://www.locatorx.com/