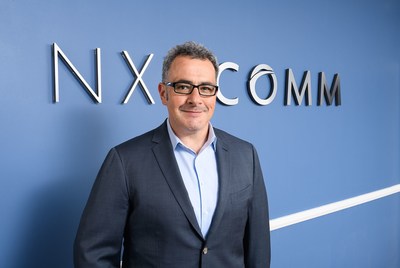 “We are lucky to have someone of Carl’s vision and technical capabilities to lead our product design efforts,” says David Horton, co-founder and CEO of NXTCOMM. “Carl is a CTO with deep subject-matter expert knowledge across engineering, technology, applications, operational and business disciplines.”

Horton considers Novello’s strong customer focus unique to engineering leaders. “Carl understands what connectivity end users want. He’s been a customer of satellite capacity and managed satellite services as well as a vendor to all those customers,” he says.

Prior to joining NXTCOMM, Novello served as Vice President of Solutions for Kymeta Corp., where he led design of the company’s flat panel ESA antennas for the mobile marketplace.

Prior to Kymeta, he served as Vice President of Product and Product Management, Intellian Technologies, where he led development of Intellian’s tri-band, multi-orbit maritime VSAT antenna system that won Satellite Technology of the Year Award presented during Satellite 2019.

He also served in key technology roles at Panasonic’s Maritime Group and Harris Corporation. Novello began his satellite career at Comsat Corp. in 1999 as it was acquired by Lockheed Martin and the satellite industry began to privatize.

With a career-long understanding for engineering systems that are user focused, Novello calls the NXTCOMM appointment a dream come true. “NXTCOMM will help me realize what I’ve wanted to do for 20 odd years, which is bring connectivity to the masses,” he says. “The solution starts with understanding what problem you need to solve for the customer. If you understand the user, you win the market.”

Read more about Novello’s perspective on broadband connectivity and the evolution of flat panel antenna technology on NXTCOMM’s blog.