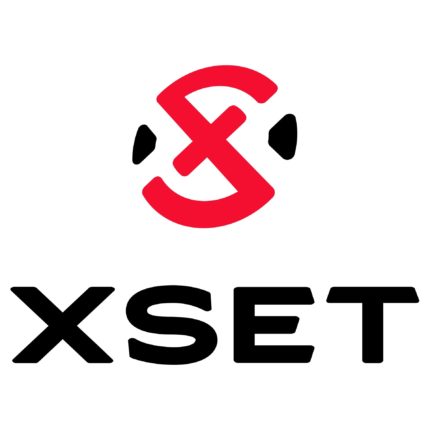 QC and XSET are known for bringing fresh, creative approaches to their businesses, and now these two industry pioneers bring their shared unique vision together to usher in a new cultural space. XSET is built on a commitment to diversity and equity in gaming, which includes elevating representation of communities of color, women, and all gamers who have their own unique style and swagger. QC is equally committed to these values, continually demonstrating the same focus in business, making this alliance a natural fit.

In the coming months, Quality Control and XSET will embark on several significant initiatives, including the creation of various forms of content, including long form, short form, and recurring series. In addition, the two companies will work together on high-profile music collaborations, joint recruitment and management of new gaming talent, integration of existing QC talent into the XSET roster, activation of exclusive music, gaming and lifestyle events, exciting merchandise collaborations, music related licensing deals with gaming publishers, and much more.

Since it burst onto the music scene in 2013, Atlanta-based Quality Control Music — better known as QC — has dominated the hip hop music space, while moving beyond the borders of genre or country into the realm of the global. Founded by industry veterans Kevin “Coach K” Lee and Pierre “Pee” Thomas, QC’s unique and proprietary star-making formula has launched the careers of such hip-hop luminaries as Lil Baby, Migos, Lil Yachty, City Girls, and Cardi B, to name but a few. QC now takes their proven expertise to the explosive pop gaming space with this exclusive partnership and investment into XSET, kicking off with the premiere of a short film featuring Atlanta native and pro Fortnite player Ashton “Astonish” Harris, who is joining QC Sports and XSET’s roster as a content creator and competitive gamer.

“We are beyond hyped to join forces with Quality Control,” says XSET CEO and co-founder Greg Selkoe. “QC are visionaries and early identifiers of the hip hop and gaming revolution. We have enormous respect for them and are thrilled to be able to tap into QC’s incredible creative abilities and business acumen as we continue to grow together. QC meets their audience in the places where they discover music- and gaming is new music’s newest locale. This relationship crystallizes our existing synergies, and synthesizes a brand new creative and artistic medium.”

“I’m extremely excited to work more closely with my brilliant and longtime friend Kevin Lee,” added Clinton Sparks, Chief Business Development Officer and co-founder of XSET. “The brains behind QC and XSET have been responsible for shaping and shifting culture for over 15 years, and have had a significant impact on building successful talent, businesses, brands, and blueprints for others to follow. Joining forces and combining our creativity and innovation creates a dominant force that intersects gaming and music, and continues to raise the bar on everything we do while pushing the culture forward.”

“We are passionate to help inner city kids to learn about gaming and other options for them in using their time now and careers in the future,” says QC founder and CEO Kevin “Coach K” Lee. “It’s about aligning the QC brand that we’ve built in rap with XSET in gaming to create movements for their future in gaming, to go from geeky to cool and open up that industry to black and brown communities.”

Only six months old, XSET has already established itself as a markedly different kind of gaming organization. The collective continues to grow at a breakneck pace, partnering with high-profile brands such as Ghost Lifestyle, HyperX, SCUF Gaming, Roots Canada and Wahlburgers, and attracting top-tier, world famous talent, including Grammy-nominated hip-hop artist Swae Lee, BMX legend Nigel Sylvester, 14-year-old female Olympic skateboarding phenom Minna Stess, Fortnite pro Thwifo, and pro athletes such as NFL star Kyle Van Noy of the Miami Dolphins. In addition, XSET fields top competitive esports teams, including the world’s best CS:GO team, which happens to be all-female. Sitting at the intersection of gaming and culture, XSET’s robust merchandise offerings are some of the most sought-after in the industry, featuring high-profile collaborations and exclusive pieces fans can’t find anywhere else.

Founded in 2020 by esports executives Greg Selkoe, Marco Mereu, Wil Eddins, and Clinton Sparks, XSET is the revolutionary gaming and lifestyle organization built on foundations of inclusivity and social good. In addition to fielding some of the world’s top competitive esports teams, XSET seeks to create a cultural movement around a shared love of gaming. With partners such as Ghost Lifestyle, HyperX, Wahlburgers, and more, XSET is driven by principles of integrity and creativity, defining what it means to be cultural leaders in the space for generations to come. For more XSET.com #reptheset

Quality Control Music was founded in 2013 by CEO Pierre “P” Thomas and COO Kevin “Coach K” Lee. Garnering billions of streams yearly from groundbreaking acts like Migos, Lil’ Yachty, Lil Baby and City Girls, Quality Control is without a doubt leading the charge as one of the biggest and most influential labels of today. In 2020 QC’s Lil Baby released My Turn , the highest selling & streaming album of the year and the first and only album of 2020 to go RIAA certified double-platinum, with his entire catalogue hitting over 20 Billion streams. Acting as managers with their Solid Foundation Management, digital strategists, as well as label execs, Coach and Pee have earned the prestigious titles of 2018’s Executives of the Year by Billboard, and Innovators of the Year by Variety. Spearheading their way through the culture in music, film, sports and TV by breaking unknown acts, athletes and talent and taking them all the way to stadiums, QC has undoubtedly become the modern day blueprint for success in the industry.