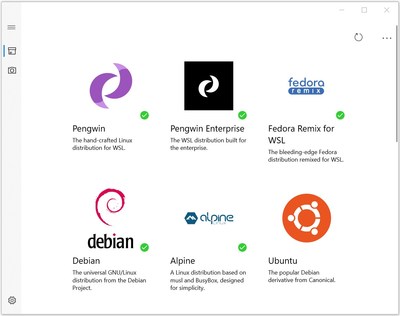 Whitewater Foundry (https://www.pengwin.dev/raft-wsl) recently announced the release of Raft, a distribution manager for Windows Subsystem for Linux (WSL) in native C#/XAML for Windows 10, which applies Fluent design principles. Raft was designed to make managing WSL distros on a Windows 10 device far more comfortable for its users. “Raft” is the term used for a collection of penguins swimming underwater and was developed by the makers of Pengwin and Pengwin Enterprise. The Raft app is available from the Microsoft Store.

Raft works with any WSL distribution and empowers users to install, update, run, terminate and uninstall any distribution available in the Windows Store. Raft is proprietary software which is distributed on a subscription basis, to allow its continued development and increased support for all available distributions. Some features of Raft include:

WSL is a compatibility layer for running Linux binaries natively in a console environment on Windows 10. No recompilation or porting is required, and WSL provides a Linux-compatible kernel interface developed by Microsoft and allows a user to choose a Linux distribution to install from the Microsoft Store. A Linux distribution provides binary package management in a contained environment, while WSL offers an interface to mount drives within WSL. WSL is routinely used by developers, engineers, students, and anyone who wants to run Linux tools on Windows.