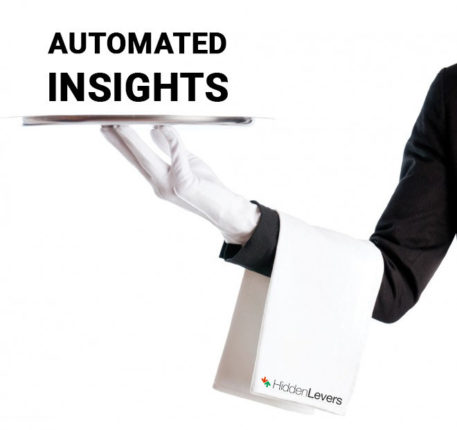 In the fintech arms race underway among asset managers, HiddenLevers, a leading tech platform in the space, announced new AM-centric workflows that turn the model construction process into an advisor-facing client experience.

“Fresh off a year of pandemic-era workshopping, we are helping asset managers reimagine their front office,” said Raj Udeshi, HiddenLevers Founder. “The asset managers investing in digital relationships are the shops seeing the highest advisor inflows. Digital experience is the only client experience now, and PM Consultants need us if there is no tete-a-tete engagement.”

HiddenLevers treads carefully with asset managers, rejecting the model marketplace concept to avoid conflicts of interest with its fiduciary audience. The pandemic however, amplified asset manager pain points that were right in HiddenLevers’ crosshairs.

“The recommendation construction workflows in our Advisor Platform are some of our best work,” said Praveen Ghanta, HiddenLevers Founder and CEO. “We started there and added next-level functionality around auto-generated model insights, improvement suggestions, visualizations on alts, comparative stress testing, and customizable output. It’s a robo-wholesaler, to augment human asset manager distribution efforts.”

Growing Expertise on AM Needs

HiddenLevers had previously been recognized for its thought leadership on the Death of a Wholesaler, but now it is helping distribution teams actively lean into the consultative role that advisors are expecting. These FA cries for help in the work-from-home era have been articulated in recent research by Broadridge and JD Power. HiddenLevers chose to get involved.

To help fill the digital gaps in the Advisor-Asset Manager relationship, HiddenLevers brought in new team members with the right stuff:

Glenn Lemoine, a decorated black swan hedge fund trader and quant, now serves as HiddenLevers Head of Analytics. “The soundness of HiddenLevers risk model and analytics were already up there. I’m here to fulfill asset manager requests on the institutional analytics – especially visualizing contribution and comparative risk models,” said Lemoine. “HiddenLevers showed the upside blackswans from 2020 instead of just downside risks, and that kind of approach should be eye opening for asset managers. Factset or RiskMetrics are great for risk departments and PMs creating products, but HiddenLevers solves front office problems.”

Jason Frank, who spent 16 years as a portfolio strategist and trader at Van Kampen and Invesco, now serves as Product Owner for the HiddenLevers Asset Manager Platform. “We are bringing the work of investment strategists to life for Asset Managers who want to add real value to an FA’s investment process, but just can’t reach everybody in time,” said Frank. “This team is intent on plugging all the holes in digital engagement between wholesalers and FAs, and I just needed to be a part of that.”

Both the model improvement workflow and institutional risk analytics are now available on the HiddenLevers Asset Manager Platform. To learn more, go to www.hiddenlevers.com/asset-managers.