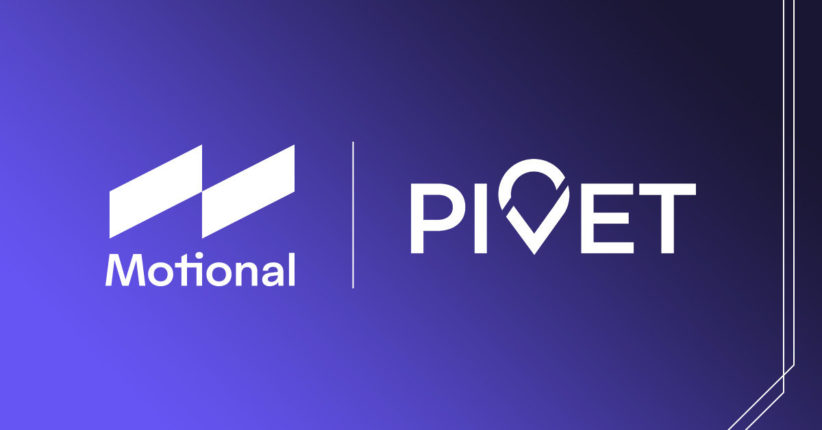 Cox Automotive and Motional, a leader in driverless technology, today announced a partnership to deploy Cox Automotive Mobility’s Pivet as Motional’s premier fleet service provider. The collaboration begins with Motional’s self-driving fleet in Las Vegas, and lays the foundation to support Motional as it paves the path to market for robotaxis in major U.S. cities.

The partnership follows two recent announcements cementing Motional as an industry leader: the company’s plans to be among the first to put fully-driverless vehicles on public roads, and to significantly grow its fleet and launch a multimarket service with Lyft, in 2023, in major U.S. cities.

“In 2020, we laid the technical and commercial foundations to bring robotaxis into our cities at scale. Now, with Pivet, we’re building the critical operational structures,” commented Gretchen Effgen, Vice President of Go to Market and Marketing, Motional. “This partnership will enable our expansion as we bring driverless technology to more people in more cities.”

Selecting a partner with a national footprint and trusted on-the-ground support was critical for Motional as it looks to safely and effectively introduce its driverless vehicles to new markets in the near term. Cox Automotive and Motional look forward to a long-term collaboration, with Motional able to leverage additional Pivet resources as it expands.

Cox Automotive Inc. makes buying, selling, owning and using cars easier for everyone. The global company’s 27,000-plus team members and family of brands, including Autotrader®, Clutch Technologies, Dealer.com®, Dealertrack®, Kelley Blue Book®, Manheim®, NextGear Capital®, VinSolutions®, vAuto® and Xtime®, are passionate about helping millions of car shoppers, 40,000 auto dealer clients across five continents and many others throughout the automotive industry thrive for generations to come. Cox Automotive is a subsidiary of Cox Enterprises Inc., a privately-owned, Atlanta-based company with annual revenues of $21 billion. coxautoinc.com

The Motional team was behind some of the industry’s largest leaps forward, including the first fully-autonomous cross-country drive in the U.S, the launch of the world’s first robotaxi pilot, and operation of the world’s most-established public robotaxi fleet.

Motional is a joint venture between Hyundai Motor Group, one of the world’s largest vehicle manufacturers offering smart mobility solutions, and Aptiv, a global technology leader in advanced safety, electrification, and vehicle connectivity.